If you’re anything like Rachel Green, then you’re probably walking through life completely unaware of how many men are secretly interested in you. The question is, how does one spot their Ross Geller? How do you know if a guy is actually interested, or even better, already falling for you?


There are so many ways guys show how they really feel about you and the good news is the majority of them are fairly obvious. Is it a friendship you think has the potential to turn into something more or a new relationship you’re trying to feel out? If you want to know if he’s on the verge of falling in love with you or already has, see how many of these signals he’s throwing your way.

1. He remembers what you say.

When men are interested they’re more likely to hang on to your every word. Their goal is to get a better understanding of who you are. How you interact, and what you like to talk about, lets them know a lot more about you. 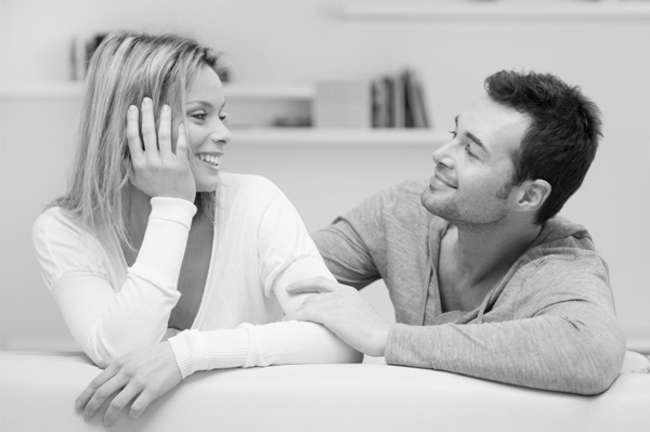 Chivalry is not dead! In fact, it’s a great indicator of how he feels about you. When a guy is in love, they’re doing everything they can to impress you and make you feel special. So anytime he opens the car door for you, or pulls out your chair at a restaurant, take notice, ladies.

3. He takes care of you and your needs.

When a guy has fallen in love he’ll be the first person rushing over with some homemade chicken soup (okay, maybe store-bought soup) when you’re feeling sick. If he’s the guy who’s always there to turns your bad days into good ones, there’s probably a reason. 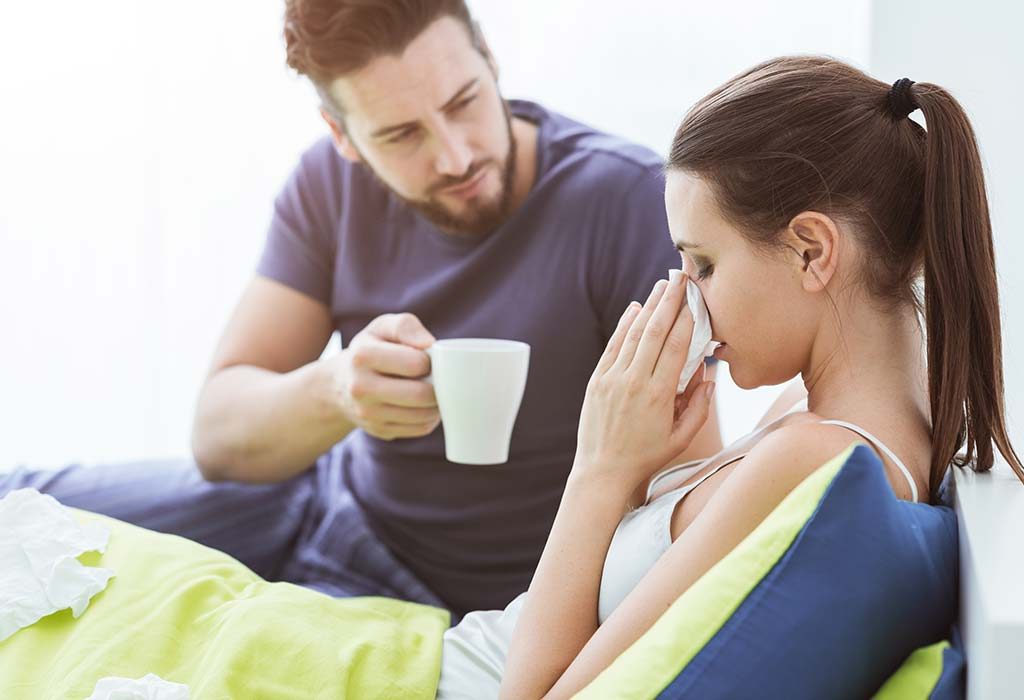 4. He uses words like “we” and “us.” If these are his go-to words it means not only is he thinking about the two of you as a couple, but he’s also thinking about the bigger picture. See if you catch him talking about his future plans and if you notice you’re included in them, it’s love.

5. He shows affection. He takes any opportunity to hold your hand or put his arm around your shoulders, or maybe you notice him standing close to you all the time. Body language speaks volumes, so if you notice he’s drawn to you or makes any excuse to touch you, he’s saying something. Guys tend to show love through physical touch.

7. He’s protective. Being protective isn’t just reserved for jealousy. It could be other guys that get him going, but it could also be a “friend” that hasn’t been treating you well or a superior at work that’s been undermining you. He’s always the first person to come to your defense.

8. He’s interested in your life. Does he call you just to hear how your day was? Is he the first person you want to tell when something crazy happens to you? If he seems strangely interested in your most mundane daily happenings, it’s probably because he’s in love. 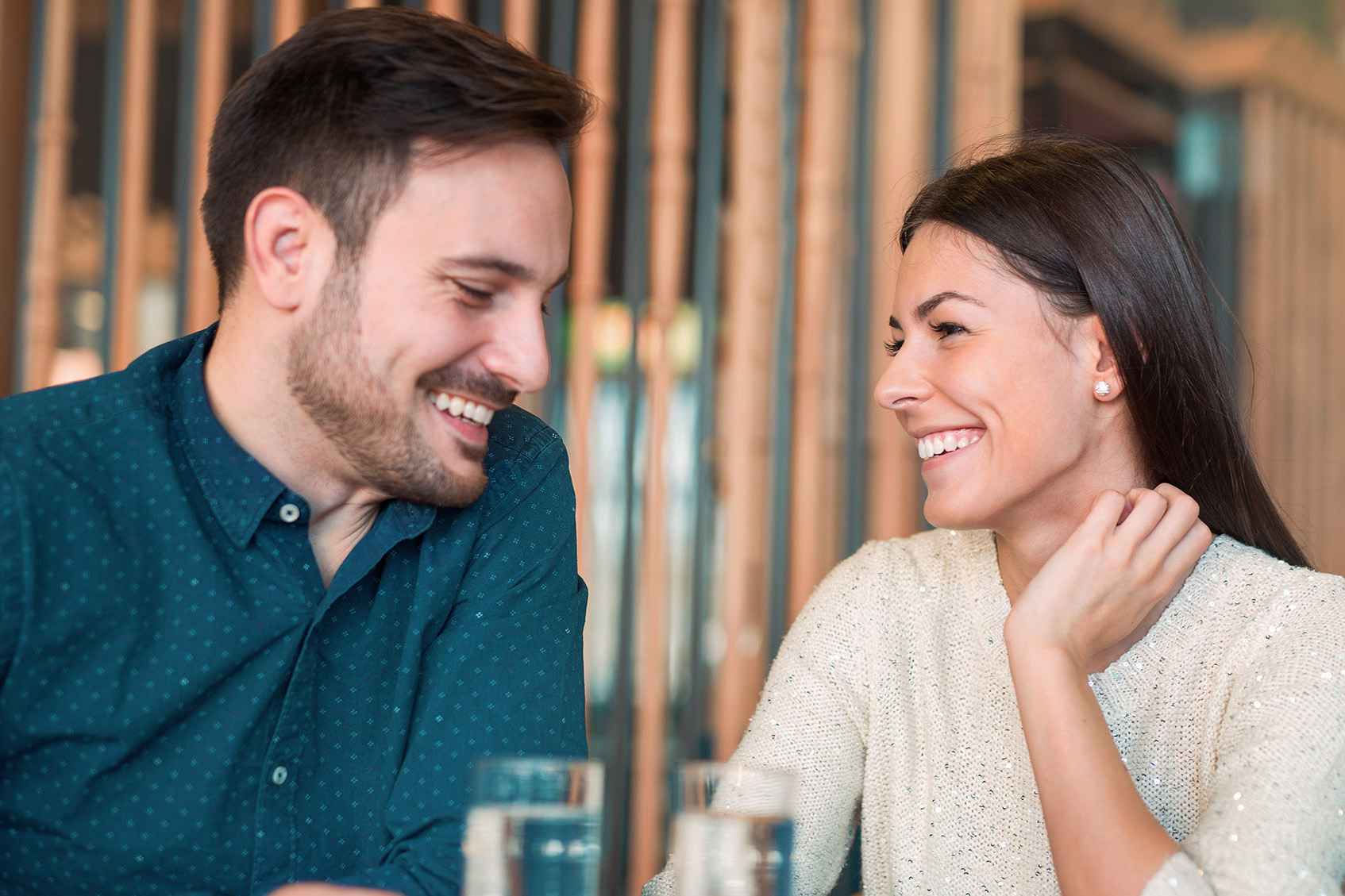 9. He’s always there to help. Whenever you need a helping hand, is he the first person you think to call, or the friend you can always count on to show up? If he’s constantly showing concern for you, and proving to you that he’s reliable, it’s because he cares.

10. He makes up after a fight. How a couple deals with conflict is one of the most important aspects of any relationship. Are you able to compromise? Can you guys talk things out? If he can’t seem to stay mad at you and he’s able to focus on what’s truly important – bettering your relationship – he’s a keeper.

11. He keeps you updated. Does he tell you about his day? Does he text you to let you know where he is? Does he send you good morning or goodnight texts, maybe both? If the answer is yes to any of the above, it means you’re the first person he wants to share something with, or the first/ last person he’s thinking about in his day.

12. He respects you. Respect can come in many forms, but it always leaves us with a good feeling. If he speaks to you courteously, gives you his undivided time and attention, makes an effort to care about the things that mean something to you, or any other way he makes you feel appreciated and good about YOU, you’ll feel his respect.

13. He’s willing to make sacrifices. When you really love someone you’ll do everything in your power to show them how important they are to you. If you notice he canceled that boys’ night because you had a bad day, or tagged along with you to that place he hates just because you wanted the company, he’s willing to put your happiness first.

14. He puts in effort. Guys show effort in a multitude of ways. For some, their go-to might be to bring you a random flower or your favorite candy bar just because. For others, it could be those little things he does to make your day better, like sending you a funny meme to perk you up or giving you a ride when you need it. Love is effort and effort is love!

15. His eyes are always on you at social gatherings. The way he treats you around other people is revealing. If he’s always trying to make you feel comfortable, whether it be a family gathering or just hanging out with his friends, he’s trying to show you he’s happy you’re there. Why is he happy you’re there? Take a guess.

16. He restrains from acting annoyed. He doesn’t sweat the small stuff, and you notice he drops the small things that bother him to avoid an argument. If he makes an obvious effort to let go of the things that get to him, or tries to communicate them instead of reacting first, it means he places more value on the relationship than on his pet peeves.


17. He remembers meaningful days. We’re all familiar with the stereotypical husband who forgets an anniversary three years in, but it it doesn’t necessarily have to be an anniversary he remembers. Even if it’s a day that’s just meaningful to you, or maybe a moment in your relationship that meant something to you both, he places importance on them.

18. He tries hard to fit in. Does he make an effort to get along with your friends because he knows they’re important to you? How does he act around your parents? Is he trying to become best friends with your brother? If you see him trying to integrate himself with the people that mean most to you, it’s because he wants to be one of them.

19. He makes the most out of your time together. When we’re really enjoying our time with someone, we want to make the most of it. If he’s constantly planning spontaneous dates, or simply tries to drag on your time together for as long as possible, he probably loves more than just your company.

20. He mimics you. The ‘Medical Daily’ describes unconscious mimicry as a common happening between couples, particularly those in long-term relationships. Not only are we typically attracted to people who share similar physical and mental traits, but we also tend to imitate the mannerisms, tone of voice, body language and gestures of the people we’re close to.

21. He notices everything. Is he intrigued by tiny details about you, like that beauty mark on your ear or the fact that one of your baby toes is longer than the other? If he tends to notice little things about you it’s because he loves those little things that make you unique.

22. He will share things with you. Have you ever heard him say “I’ve never told anyone this before, but…” We tend to share the most intimate details of our lives with the people we love most. If you notice him telling you things he’s never shared, it means he trusts you and wants you to know more about him.

23. He can’t stop smiling. Is there a million-dollar smile plastered on his face every time you walk into a room? Do you notice he smiles at every little thing you do? Body language is important to look out for. Even if this seems like a fairly obvious one, it might be so obvious you’re overlooking it.

24. He understands your value. Has he expressed to you how happy he is to have you around and how lucky he is to know you? Did he ever tell you that you make him a better man? When a guy is in love with you, it’s because he understands how awesome you are and the value you bring to his life.

25. He ignores his phone. A modern take on love, but it definitely applies to our current technologically-dependent society. Do you notice he’s always forgotten about his phone when he spends time with you, yet every time you text him he replies with lightening speed? If he doesn’t think to pick up his phone while you’re together, it’s because he’s too busy enjoying the moment with you.